This Couple Met in College and Fell Head Over Heels for Each Other, but They Soon Found Out Their Love Story Started Way Earlier – StoriesAddict 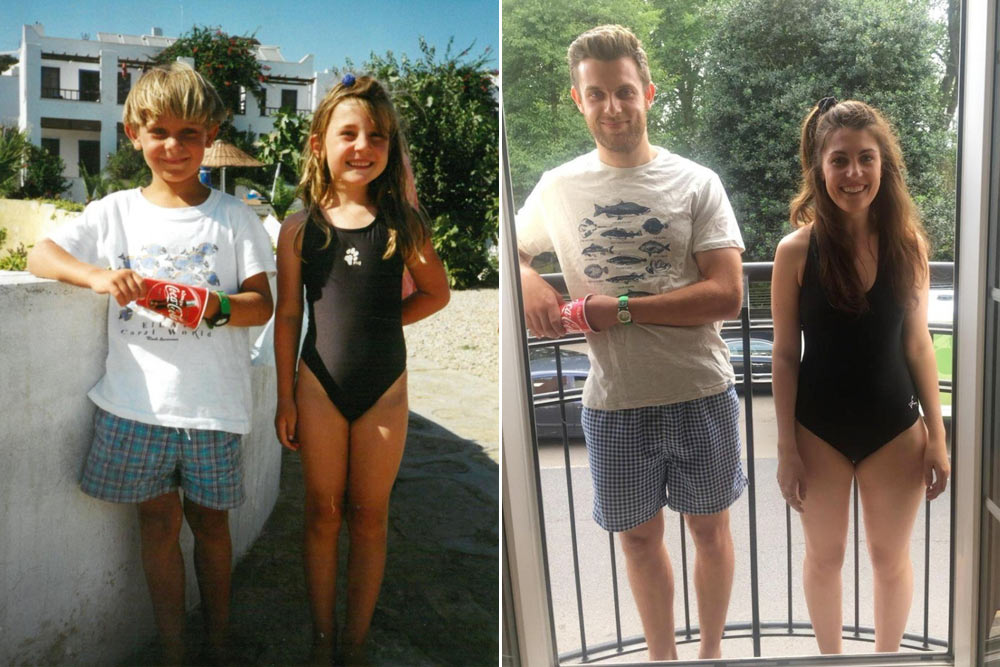 Every couple in the world has a romantic love story, in one way or another. Some people have fallen in love with their childhood sweethearts and some have fallen in love with their college crush. But what makes the story of Heidi Parker and Ed Savitt so special is the fact that they are both of those things to each other – but it took them a little while to notice it.

A First Date Turned into Forever

After Ed and Heidi’s first bout of communication, they then met each other on a night out and danced the night away. But Ed wanted more, so he asked Heidi out for a date and they made their way to a pizza restaurant. That first date turned into forever, and they knew that they wanted to spend even more time with each other. So, they became boyfriend and girlfriend and went from strength to strength.

In fact, the couple continued their romance after college. They bought a house, set up a business together, and even got married. In their eyes, they were just two people who had fallen head over heels for each other while they were studying at university. But then dinner with their parents changed everything.

When Heidi and Ed went to dinner with their parents, Heidi’s mum brought up the topic of their past vacations. And then, out of the blue, she just happened to mention that her daughter had found herself a young boyfriend called Ed while they were in Turkey in 1997. Amazingly, Ed’s family also went to Turkey in 1997.

Both families just thought it was a funny coincidence, but when Heidi’s mom sent her a picture of Heidi’s boyfriend from that particular vacation they were “all stunned.” That’s because the Ed in the picture was Heidi’s Ed, the stranger she thought she had met for the first time at college.

Although Heidi and Ed’s families lived hundreds of miles away in the late ’90s, both of their families just so happened to book the same resort for this vacation. And like many other kids on vacation during that time, Heidi and her sisters and Ed made their way to the kids’ club to pass the time. They hit it off immediately, and their friendship quickly turned into a holiday romance. And they have the pictures to prove it.

While Heidi forgot about her childhood sweetheart and holiday romance when she got back home, fate brought them back together years later. And they still can’t quite believe it to this day. Their once-in-a-lifetime story has since inspired others around the world, and the couple loves to share the story of how they first met. And to top it all off, the couple has since welcomed a baby!