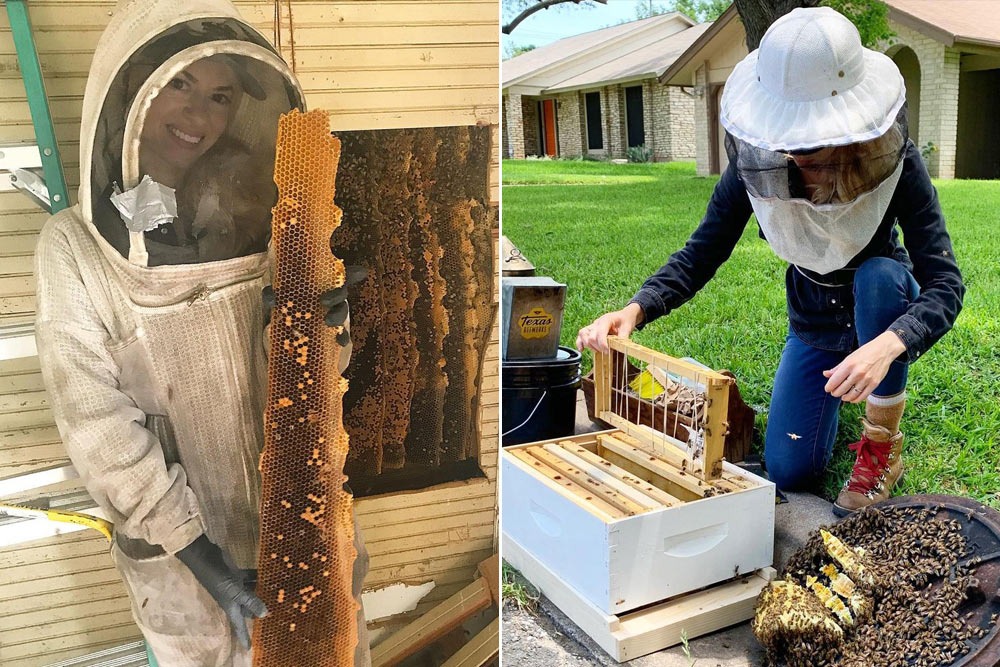 Whether you refuse to download the Tik Tok app or whether you downloaded it for a joke and now can’t seem to stay away, there’s no doubt about the fact that the platform is having a profound influence across the world. And while some may assume that it’s full of trivial videos, professionals from all walks of life have started to use it to spread a message. Yes, from doctors, firefighters, politicians, and even beekeepers, they all have something to say.

And this is certainly the case for Erika Thompson, a professional beekeeper from Texas. As the boss of her own company, Texas Beeworks, she has been in the business for many years. But ever since she started a beekeeping account on Tik Tok, she has not only been able to expand her business but also educate people on bees and their importance in the world. And with almost 600,000 followers, it seems as though people love what she has to say.

Since making her way into the beekeeping world, Erika has mainly been using her talents to remove unwanted bee hives that have made themselves at home in other people’s homes. Whether that’s on their porch or in the tree that their child swings on, when Texas natives want beehives to be humanely removed they call Erika. And in recent months she has started filming her whole process and detailing it for millions of people to see on Tik Tok.

What’s made her so popular is the fact that her passion for the process is clear, and it’s something regular people don’t see often. Unlike the rest of the world, Erika gets up close and personal with the beehives and the bees themselves, and sometimes she chooses to not even wear protective gear! But that’s not all she gets up to, as Erika not only wants to inform… she also wants to educate.

Over the Past Few Months, She Has Educated Tik Tok Followers On Bees and Their Hives

Thanks to her videos, Thompson has been able to open up a dialogue about bees – a creature that many people swat away or are afraid of. However, Erika wants people to see that you don’t need to be scared of them because of their stinger, but instead the fact that they can hurt people is the exact reason why “We should respect them.” After all, without bees, much of the ecosystem that feeds us and keeps us alive would be gone.

And Erika herself has made no secret that she respects the bees that she handles. Whenever she removes a hive from a property, she drives it back to her house and transfers them into one of the many hives that she has in her yard to keep them safe and to allow them to continue making the honey and the honeycomb, as well as pollinating the surrounding plants.

While becoming famous on Tik Tok wasn’t one of Erika’s dreams, it seems as though her unique career and her ability to show respect to an animal that’s often misconstrued is making her a popular social media star. She posts about every hive that she visits, and she’s now expanding her reach on other social media platforms. And it seems as though her fans love to her connect with these animals as she says “Thank you, bees, we appreciate you.”

As Erika continues her career on social media, she hopes that she will inspire even more people to focus on how amazing bees are – rather than how scary they may seem to be. As one of the most important animals on our planet today, we need to save the bees as much as we possibly can. And Erika has made it her job to make that happen.