This 70-Year Old Grandfather Becomes the Oldest Person To Row Across the Atlantic and Raises $1.4 Million for Charity – StoriesAddict 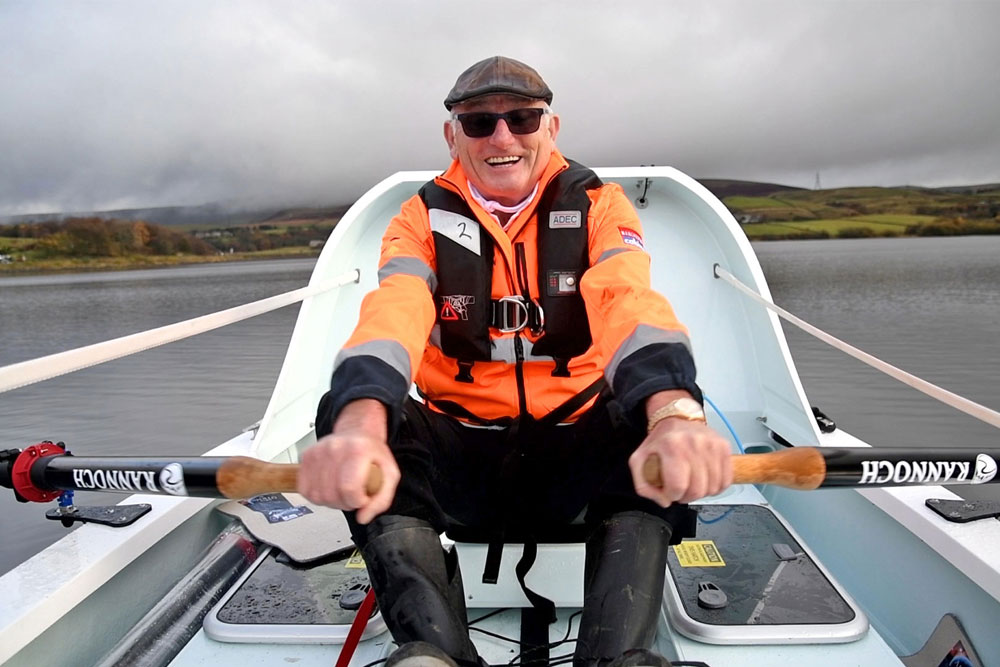 Age is a strange concept. As you get older, the world expects you to leave the excitement and new adventures behind. But is that really how we want to live our lives? It seems as though this grandfather is fighting back against this expectation. Instead, he’s living by the notion that “age is just a number.” In fact, at 70 years old he’s now more active than ever and has even become a World Record Holder.

Yes, he may be a grandfather, but that didn’t stop him from embarking on a feat of physical endurance that truly tested his body and his mind. Not only did this decision result in the experience of a lifetime, but he also raised money for a charity extremely close to his heart in the process. This is the story of Frank Rothwell.

Frank Rothwell Is a Grandfather From the United Kingdom

Frank Rothwell hails from Oldham, in the United Kingdom, and loves his life as a husband, father, and grandfather. And while he’s no stranger to home comforts and everyday life, he’s always been an adventurer at heart. Ever since he was a young boy he has sought out new experiences and has tried to push his body to the limit.

Over the course of his life, Frank has racked up numerous adventures and ticked countless dreams off his bucket list. In 2017, he spent five weeks on a deserted island as part of the Bear Grylls television show, The Island. Alongside this, he has also climbed Mount Kilimanjaro and become the 10th person in history to circumnavigate North and South America by boat. As a lover of the sea, he enjoyed every second of that adventure.

Like Many of Us, Frank Has Dealt With Some Hardships Over the Course of His Life

Although Frank has achieved so much in his life, he has also found himself facing struggles. And when his brother-in-law Robert, with whom he was very close, was diagnosed with Alzheimer’s Disease, he was extremely upset. It was a blow to the whole family and watching him get worse with each passing week shook Frank to the core. So, he vowed to do something about it.

Frank wanted to raise money for the charity Alzheimer’s Research UK, so he decided to push himself like never before. He trained for 15 months to row 3,000 miles solo and unassisted across the Atlantic. He even noted that when the time came to set off on his journey on December 12, 2020, he was “back to the strength and agility I was when I was in my late 40s.”

Frank Raised More Money Than He Had Hoped, and Even Broke a Record in the Process

When Frank set off from La Gomera near Tenerife in December, he hoped to not only reach Antigua to be with his wife for Valentine’s Day, but he also wanted to raise £1 million ($1.39 million) for the charity. He achieved both of those accolades, and he even broke a record in the process after reaching his destination after six weeks of rowing.

Frank smashed his target and raised more money than he’d hoped. But he also set a new World Record to become the oldest man to row unassisted across the Atlantic at the same time. He noted that “While rowing, I received heartbreaking messages from people who have had similar experiences to my own, with my brother-in-law, Roger, so I hope I’ve helped other families in some way too.” Sadly, Roger passed away during the expedition, making the money raised even more important to Frank.