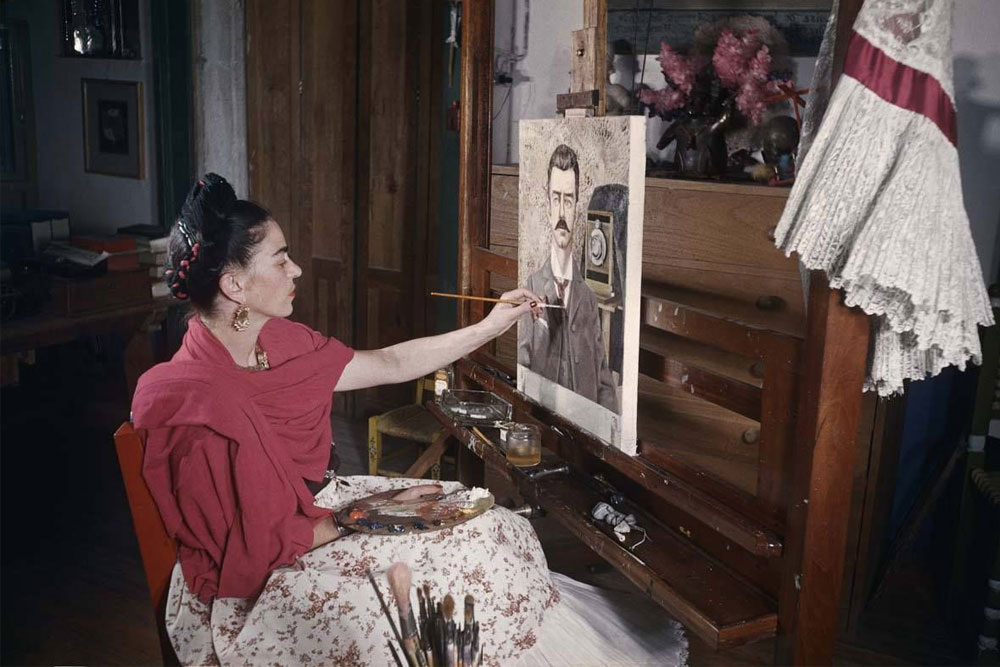 Great works of art that come from the masters of modern art are intriguing enough. But peeking into their private studios is as thrilling as it is revealing. We’ve found the painting lair’s of three of the most loved artists from the 20th century, and the peculiar environments they created for themselves. They’re significantly different from one another, and perhaps help us understand the unique minds of some of the most influential people of the century.

Above, we have none other than British painter Lucian Freud on the right-hand side, between the door. He focused on figurative art particularly and became famous for his intimate and realistic portraits. He was extremely private about his personal life, so this glimpse into his painting studio is a rare sight indeed. Take a look at just how eclectic and… messy his space really was.

The sitter who he has painted is actually British artist David Hockney, an influential pop-artist of the modern era. But scattered all around him are soiled draping sheets and painted-splattered linen. There’s an ashtray on the floor near Lucian’s easel, and the windows have been blacked-out in favor of artificial light. It definitely speaks volumes of Lucian’s painting style. It was untidy, impulsive, and all attention is paid to the work of art.

Spanish painter and sculptor Pablo Picasso is one of the names internationally, famous for founding the cubism art movement among other art styles. He was recognized as a prodigy from a young age, where exhibited exceptional and unique talent. Aside from that, he is known for having a promiscuous personal life and narcissistic character. Looking at his studio, we can definately see his showman side.

He had a lavish studio, scattered with several of his larger paintings along the walls. He obviously worked with a lot of bright natural light when possible as the room had huge windows. Looking at the way he’s posing for the picture, his famous words come to mind. “God is really an artist, like me… I am God, I am God, I am God.”

Surrealist Mexican painter Frida Kahlo is one of the most famous female artists of all time. It’s not hard to see why – her intimate yet colorful self-portraits confront her identity and draw inspiration from nature. In the picture below, she paints a portrait of her father. This rare color photograph of the legendary artist show’s the dark lair from which she worked. Here, she is sitting in a simple wooden chair, but in later years she would come to paint from her wheelchair and eventually in bed.

You can see behind the easel Frida has collected various Mexican knick-knacks and figurines. This she had plenty of all around her studio from her bookcases to her window ledges. Aside from this, she kept a great number of books in her studio, likely providing her with inspiration. She’s known for her outstanding natural beauty, which she liked to enhance. Blushes, lipsticks, perfumes, and nail polishes all also had a place in her creative space.