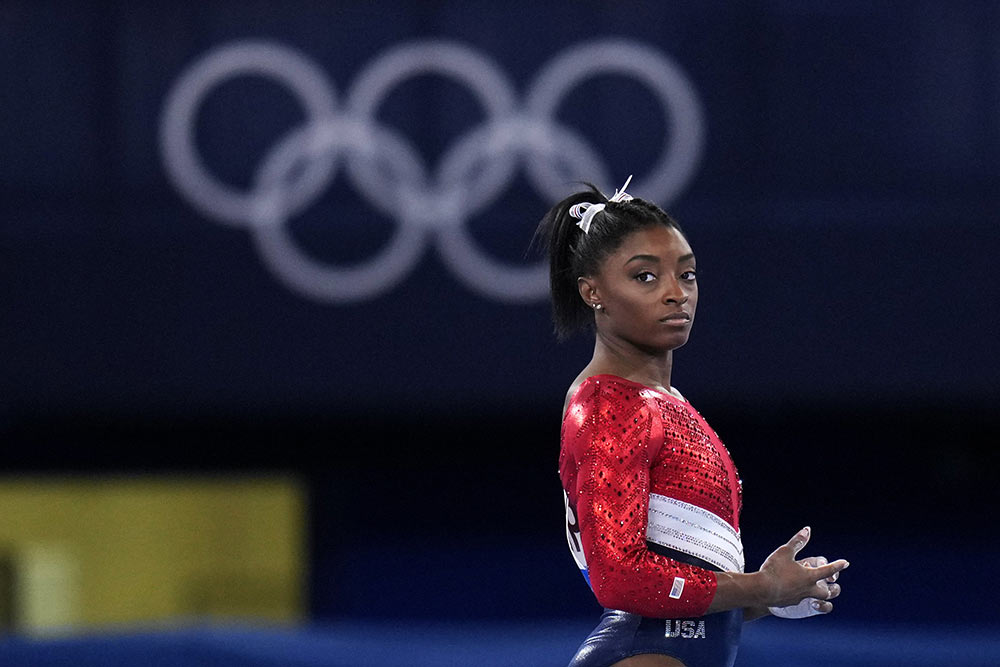 Throughout this year’s long-awaited Tokyo Olympics, eyes across the globe were set on all-star American Gymnast, Simone Biles. The 24-year-old Olympian first captured our hearts back in 2016 when she blew us all away in Rio de Janeiro with her killer attitude, outstanding skill, and daredevil moves. She went home with four gold medals, setting an American record for most gold medals in women’s gymnastics.

The limelight has not stopped shining its bright light on Biles ever since making history in Rio, and fans could not wait to see what she had in store for us in Tokyo. And while things did not go as planned for the gymnast and her adoring fans, Biles still managed to make history, changing the narrative for athletes everywhere.

Her Decision to Step Down

Biles suffered from a mental block, known in the gymnastic world as “the twisties” which forced her to pull out of the all-around, vault, floor, and uneven bars. This block came to the gymnastics star after finding out that her Aunt had passed away. An act like this was unheard of prior to Biles, as most athletes are trained to suffer through any physical or mental challenge, all in the name of the competition. This however was a mentality that Biles decided she was no longer willing to accept.

The gymnast was met with mixed responses after her decision to withdraw from most of her scheduled events. However, in true Biles style, she ignored the criticism and stood up for her belief that her mental health stood more important than any metal. “We have to focus on ourselves as humans. We lost touch of our human feelings sometimes. … I did this for me and me only,” Biles said.

Despite feeling off for the majority of the competition, Biles did manage to make her comeback when she returned on the last day of the artistic gymnastics for her favorite event, the beam. She scored a solid 14.000, ending the routine on a double backward somersault to double pike on the mat.

Her routine earned her a bronze medal, which Biles said was “definitely sweeter” than the bronze she won back in 2016. She also went on to say, that this third-place win, “means more than all of the golds because I have pushed through so much the last five years and the last week while I’ve even been here.”