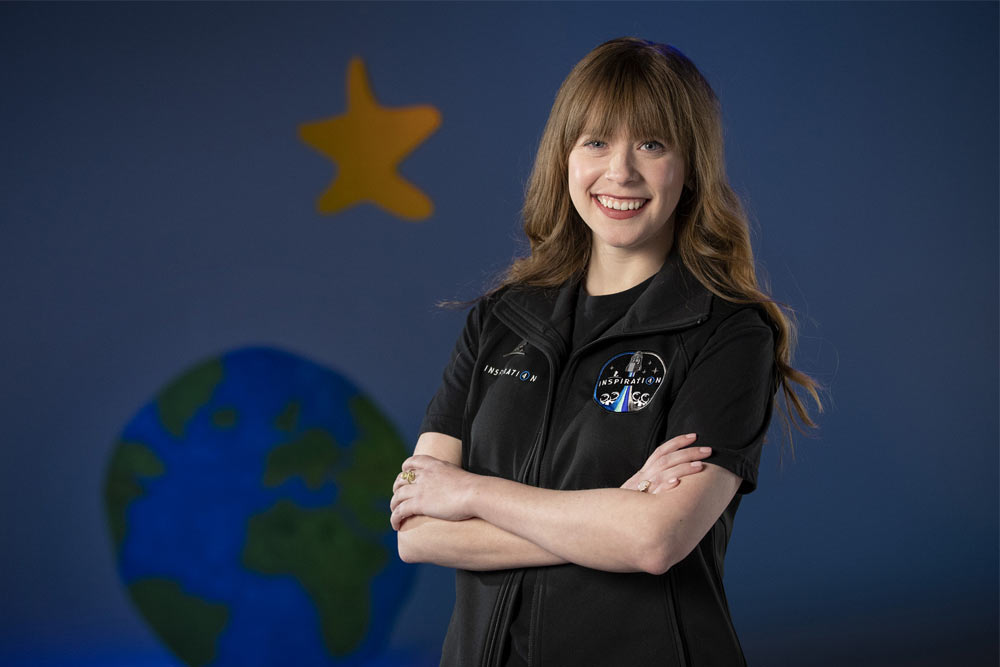 Sometimes life can deal you with a tough deck of cards. Many people struggle through difficult times, and they often feel as though they’ll stay at rock bottom for the rest of their days. However, it’s important to remember that happier days are always on the horizon – even if it doesn’t seem like it. And for one cancer survivor, happier days will be found outside of our orbit.

That’s because Hayley Arceneaux has been given the chance of a lifetime to go up into space and explore the wonders beyond our atmosphere. But life hasn’t always been easy for this young woman. Her early years were full of struggle and strife, and she once wondered whether she would even reach her current age of 29 years old.

For the first few years of her life, Hayley was just a regular kid. She grew up with her parents and her brother in St. Francisville, Louisiana, and her life was normal. However, this all changed when she turned 10 years old and started to feel an ache in her knees. Although doctors originally thought this was just a temporary sprain, further tests discovered something much more sinister.

Hayley was diagnosed with a rare type of bone cancer called osteosarcoma, and she spent weeks and months in St. Jude’s Children’s Research Hospital as she battled chemotherapy. Alongside this, she also had to have surgery to replace her knee and get a titanium rod fitted into her thigh bone for stability. The experience left her feeling weak, and there were often times when she didn’t think she would be able to overcome her cancer diagnosis.

After Surviving Her Diagnosis, Hayley Trained To Work in the Same Place That Saved Her Life

Thankfully, Hayley survived the ordeal and credits her now-incredible health to the team at St. Judes. It’s because of this experience that she decided to train as a Physician Assistant and work with other cancer patients at the same hospital that saved her life. She has been working there since 2016, but as both her brother and her sister-in-law are aerospace engineers, she’s always held a strong fascination with space and space travel.

A few months ago, the stars truly aligned for Hayley when her job at St. Judes meant that she could appreciate the planet and space from another perspective. That’s because this hospital was given the chance to choose a member of their payroll to represent the hospital in the first-ever civilian SpaceX spaceflight. And after her experience and her dedication to their job, Hayley was chosen as that lucky member.

In 2021, Hayley Will Become the Youngest Person To Venture Outside of Our Planet

In late 2021, Hayley will don her spacesuit and take up her seat on this space flight alongside three other civilians. When asked about this amazing opportunity, Hayley noted that “I think this mission is going to inspire people in so many ways. It shows them that anything is possible.” And Hayley has already proved this. After all, she will break two records when she ventures outside of our planet.

Not only will she become the youngest person to ever make their way into space, but she will also become the first person with a prosthetic limb to ever step foot into a space craft. This is a huge achievement for the physician, and one that 10-year-old her could have only dreamed of. Her story just goes to show that anything is possible – even if you don’t quite realize it at the time.