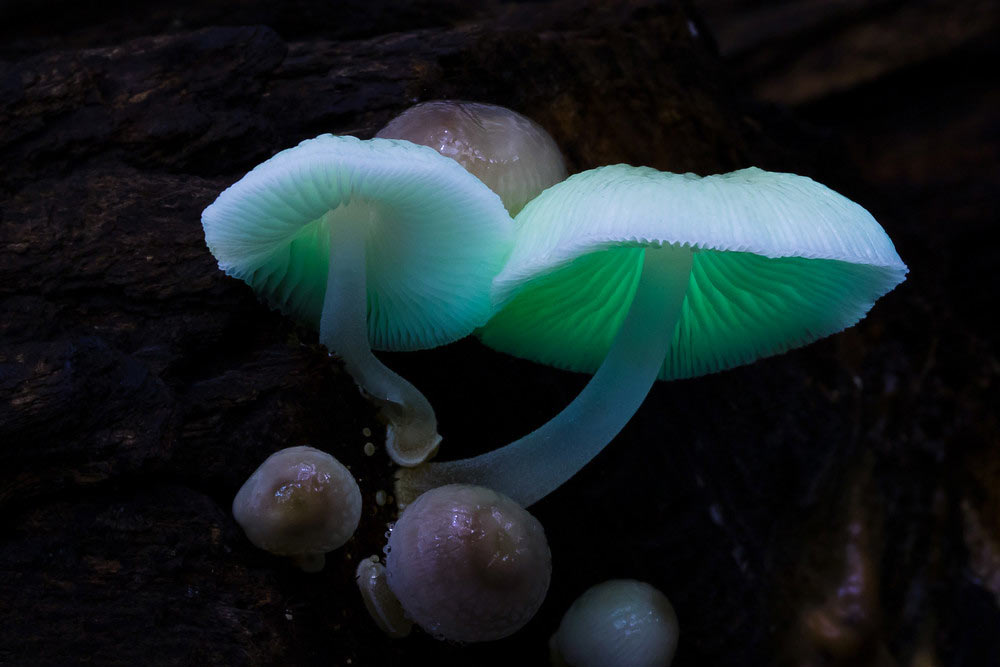 It may sound like something out of science fiction, but it’s totally true. After editing the DNA of a bioluminescent mushroom, researchers at Planta managed to transfer the genetic code into a tobacco plant. It’s a huge and exciting accomplishment in the world of science, as it opens up possibilities for other glow-in-the-dark living organisms.

Other plants, flowers, and who knows what else could undergo the process that gives them a “pleasant green aura that emanates from their living energy,” the researchers explained. And it’s simply magical to behold the results. We want to see them try it with a rose so we can live out our Beauty and the Beast fantasy.

How They Did It

Let’s break down how they came to this point. The researchers discovered that some mushrooms with bioluminescence metabolically share similarities to the natural processes found in plants. That allowed for them to transfer the DNA into that of a tobacco plant, and lend it some of the glow.

The reason why it had never been done before was because scientists hadn’t yet found the mechanism inside of the mushroom that gave them their luminescence. Discovering where that was was the most significant breakthrough in allowing for DNA transfer between advanced multicellular organisms. The organic molecule in the mushroom responsible for the light emission is closely related to the way plants make cell walls, therefore, allowing the scientists a way in.

Now, we have glow-in-the-dark flowers that are visible to the naked human eye when there’s no other light source. “They glow both in the dark and in the daylight,” explained the research team. They claim to have made the plant glow 10 times brighter than it normally would have. It was so bright, in fact, that it could be captured by your average smartphone camera.

What really interests us is how aging and trauma affected the luminescence of the plant. The scientists found that the glow would diminish as the leaves of a plant got older, and would strengthen in areas that suffered damage. The actual flowers themselves produced the brightest glow, too. We can’t wait to see where this exciting discovery goes in the future.