A Tale of Terrible Decisions: The Big Move That Led to Blockbuster’s Demise – StoriesAddict 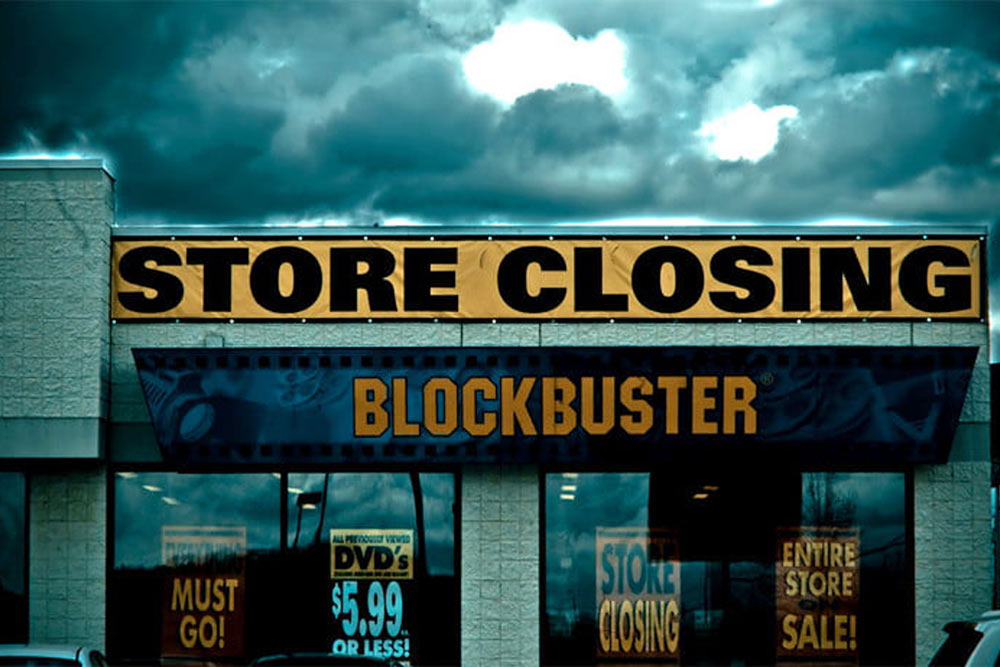 Today we think of Netlfix as the emperor of entertainment. It dominates the video streaming industry. And we’re especially glad it existed during the lockdown. But Netflix wasn’t always the streaming titan it now is. In fact, the founders, Reed Hastings (seen below) and Marc Randolph were once struggling to make it.

They thought the company wouldn’t succeed at such a large scale, so they approached Blockbuster, the entertainment giant at the time. The encounter that happened at Blockbuster headquarters would change film and television history forever.

In the year 2000, Netflix was a small-time company that consisted of a DVD-mailing service. Streaming wasn’t a thing yet. And the company was in the dumps. Hastings and Randoplh resolved to sell the company and move on.

They approached Blockbuster and scheduled a meeting with its top dogs in Texas. Randolph (seen below) recounts feeling grossly underdressed for the occasion. He wore shorts and a t-shirt and was greeted by Blockbuster’s CEO, John Antioco, who was dressed in an expensive suit.

They sat down for the meeting and the Netflix founders made their pitch. They offered to sell Netflix to Blockbuster for $50 million dollars. Under his cool and well-practiced business etiquette, Randolph saw Antioco’s face briefly betray an unmistakable emotion: he was trying not to laugh. And the pitch was rejected.

The Downfall of Blockbuster

What really put the nail in Blockbuster’s coffin, say some analysts, was the rise of streaming and the dwindling number of people who went out and rented physical movies or shows on DVD (remember those things?). People often think of the Blockbuster CEO as a fool and the Netflix founders as geniuses. But in reality, it could just be the changing tides of technological advancement that broke the company.

True, there was a lack of foresight on Blockbuster’s part. But there’s no perfect recipe for good business, and the future is unpredictable. As of 2010, Blockbuster declared bankruptcy and it doesn’t look like it’s ever coming back. If Blockbuster would have accepted young Netflix’s offer, it could have now been worth dozens of billions today.