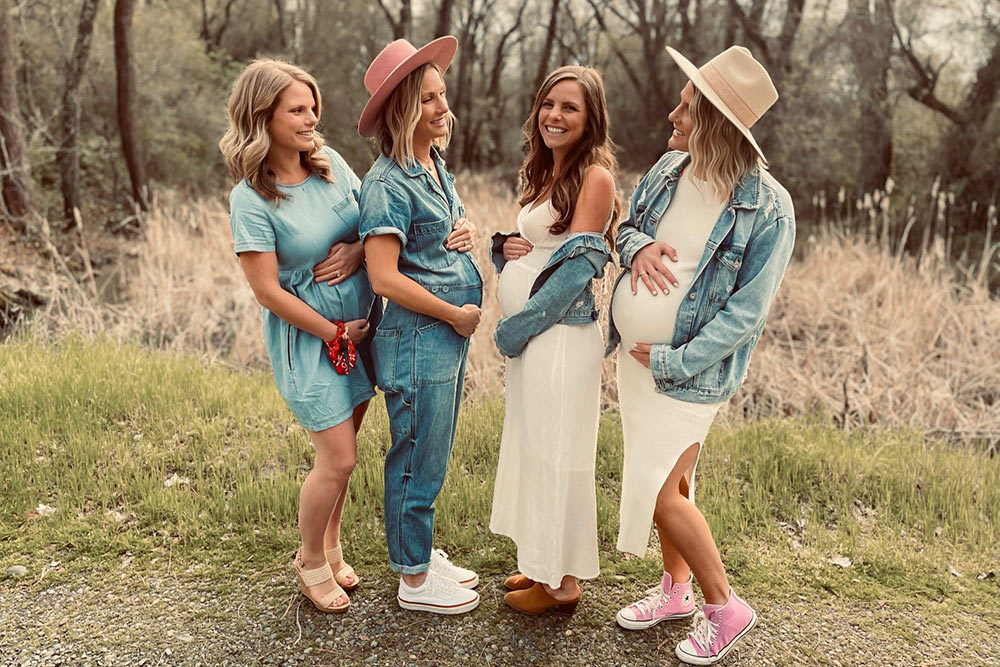 It’s the kind of thing sisters pretend might happen when they’re kids, but it very rarely comes true. These four biological sisters happened to find themselves pregnant all at the same time – and to top it all off, they’re going to be giving birth within weeks of each other. It totally wasn’t planned, but it has made their journey to motherhood all the more meaningful.

“Being able to find out that my three sisters were also pregnant was just beyond any dream I could have imagined,” Caroline Toth admitted to Good Morning America. She’s 30 years old, while her sisters Haley Andrews, Katie DeAngelis, and Amy Gossett are close in age at 33, 33, and 32 respectively. After all, Haley and Katie are twins. Either way, they’re all close in age, having been born within 18 months of each other.

The oldest sister Haley thinks they’re incredibly lucky to be experiencing the same thing: “It’s nice to have somebody who’s going through it at the exact same time.” She explained how “We kind of swap experiences just like, ‘Oh, are you feeling like this today? Has that started yet?’ And it’s been really great.

“It’s just been really neat to walk this journey together,” the youngest sister Caroline elaborated. “We all talk pretty much every single day, talking about different symptoms and what everyone is experiencing.” And you can bet that their parents, Beth and Ted Gaines, are equally as thrilled to have four new grandkids running around soon. Their father also just so happens to be a former California state senator.

At the end of the day, they’re all family-oriented people. “We all spend Christmas together. We all spend Thanksgiving together. Every birthday is celebrated together,” one of the twins explained. So the four new babies are going to be born into a tight-knit family that, according to Amy, love to keep up their traditions. We wonder if the newborns will be willing to keep up this new pregnancy tradition when they’re old enough!