A Caring Man Adopts 7 Teens, Giving Them All a Second Chance in Life – StoriesAddict 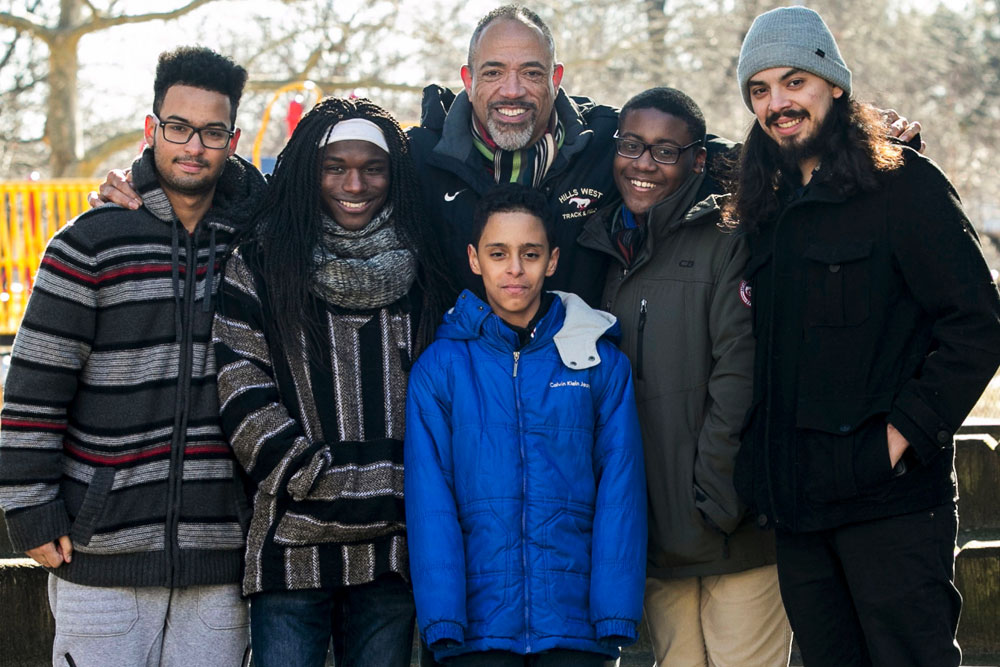 60-year-old Joe Toles, has dedicated the past ten years of his life to providing teenage boys, with rough childhoods a second chance. As a former guidance counselor from Queens, New York, Toles was more than aware of the many children and young adults out there who were struggling for a chance to live a happy and healthy life. Not only this, but Joe was already familiar with what it is like growing up in the system.

Joe Toles grew up in foster care soon after being born. His birth mom was only 15 years old when he came into the world and was not ready to take on the responsibilities of motherhood. He did not have a secure home growing up and is able to relate to the struggles that young teenagers growing up in similar situations can face.

Taking After His Mentor

Despite growing up without committed parents, Toles did have a strong mentor in his life. When he was a teenager, he showed a lot of potential in track and field. Hos foster parents showed no interest in supporting his dreams. His coach however took a special interest in him and became his mentor.

Toles graduated high school an received a full sporting scholarship to Auburn University in Alabama. He speaks about this coach saying that he was one of the few people growing up that treated him the way that he deserved to be treated. Toles remained determined to pass on this kindness.

Tole’s adopted his first child in 2009. His first son, Xavier was 18 years old when he took him in. He was born into an unstable life, surrounded by drugs and crime and Joe paved his way to a brighter future. Today, Xavier has 3-year old twin boys of his own. He looks to Joe for fatherly advice.

Following Xavier, Toles went on to adopt six more children. He adopted 15-year-old Jonathan in 2010, 14-year-old Ronney in 2012, 20-year-old Creemel in 2014, 12-year-old Kamren in 2017 and 12-year old Cinsere in 2018. Toles adopted recently adopted his seventh son, Jhon, a 20-year-old with special needs from the Dominican Republic. Besides Jhon, two more of Toles children are also with special needs.

Joe speaks about his life with his adopted children; “Adopting an older child gives hope to somebody who probably doesn’t have much hope at that moment,” he said. “No matter how old they are, they need a home base and to be part of something.”

In 2005, Toles established the Joseph Toles Foundation, which according to the organization’s mission statement, “the foundation aims to provide leadership and social skills development workshops, retreats and camping experiences to children from all walks of life.”